Listen, World! is the first biography of American writer Elsie Robinson, a trailblazer who came from nothing to become the most-read woman columnist in the country 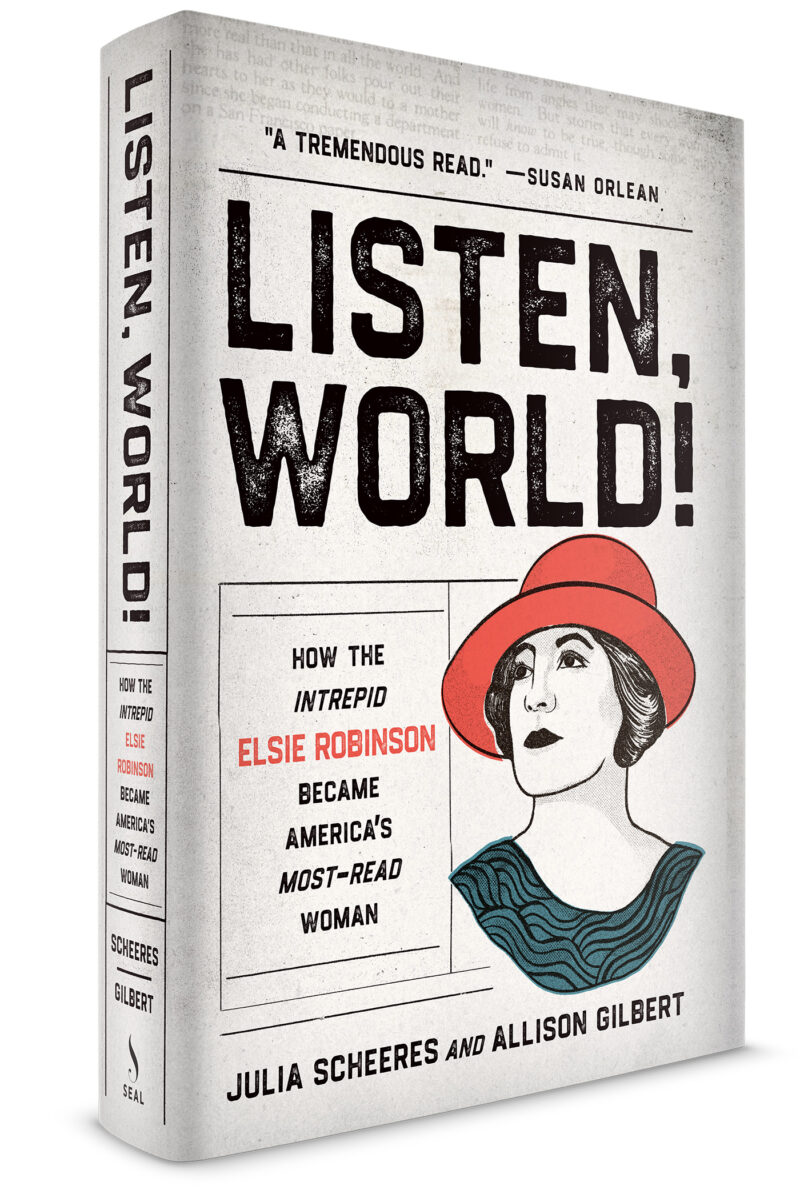 Elsie Robinson published at a breakneck pace: up to six days a week for more than 40 years, resulting in approximately 9,000 stories. At the height of her career, she had an audience of more than 20 million readers.

Robinson’s first columns would endure for generations, written by alternates. One column she wrote, “Cry on Geraldine’s Shoulder,” was published until 1961. The “Aunt Elsie” brand ran until 1970, 14 years after her death.

Beyond her stunning career writing “Listen, World!,” Robinson made history as one of the first and only columnists in the country (male or female) to draw her own editorial and political cartoons, a feat that is still rare today. 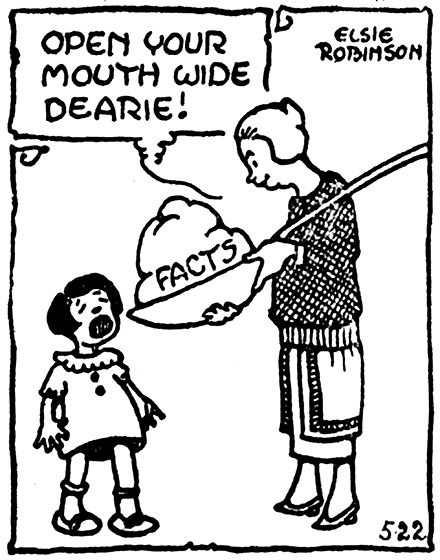 From her 1921 debut as a nationally syndicated newspaper columnist, Robinson made history by being one of the first and only writers in the country (male or female) to illustrate her own editorial cartoons. This one published on May 22, 1926. 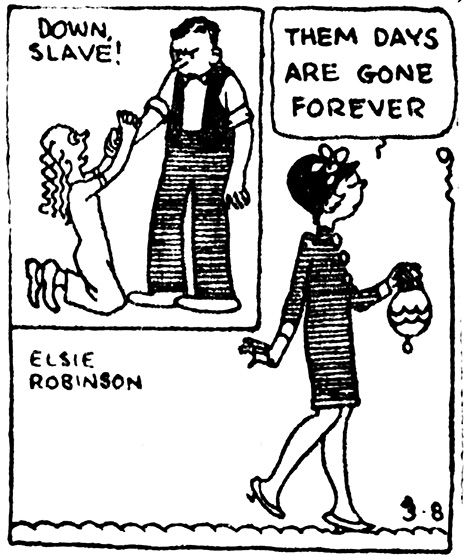 Although Robinson bristled at the word “feminist,” she was a lifelong champion of women’s rights and an indefatigable advocate for equality, as reflected in this March 8, 1926, editorial cartoon. Advocates for gender equality at the time frequently used inaccurate comparisons to slavery. In the accompanying article, she wrote, “The place to find the actual standing of the old fashioned home is not in the poetry books, but in the law books of a nation.” 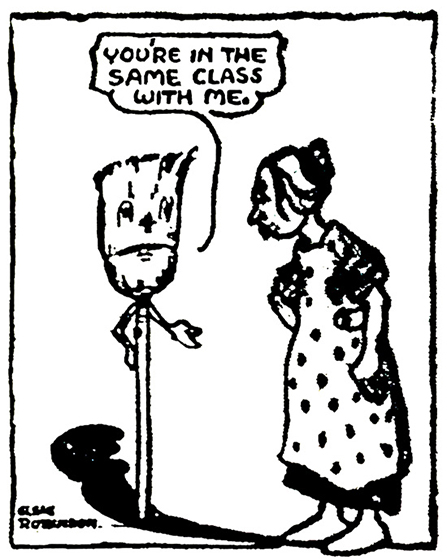 Even before landing at Hearst, Robinson pushed readers to rethink their points of view. “Mothering means something greater than the manufacturing of good soup,” she wrote in 1923. 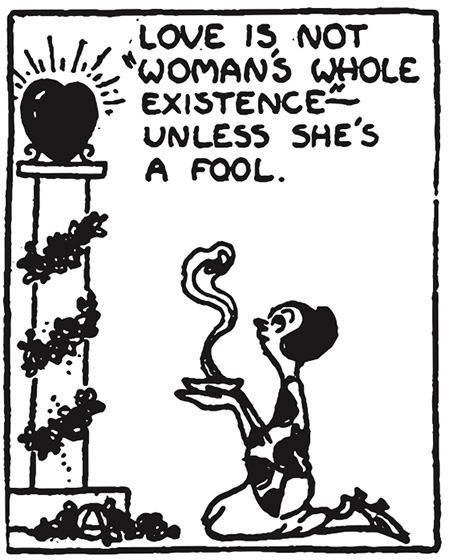 This cartoon was originally published on April 17, 1922. 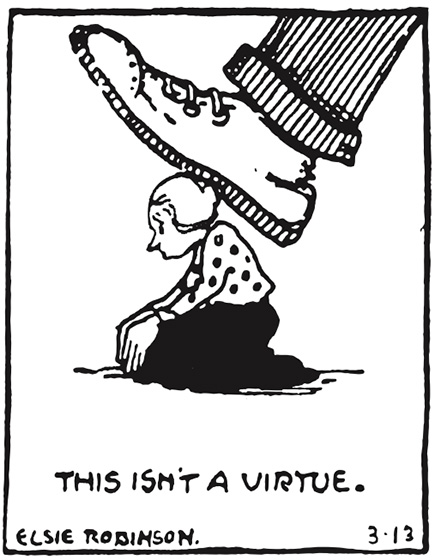 This cartoon was originally published on March 12, 1925. 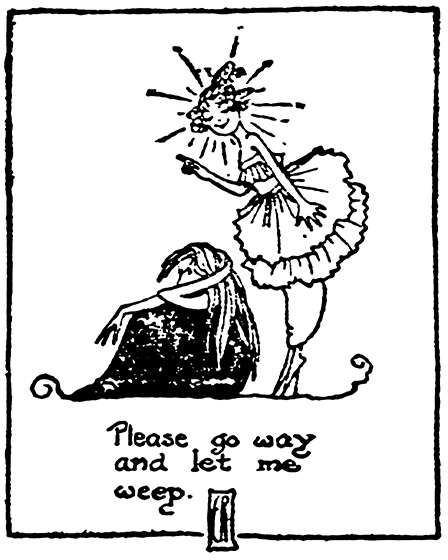 This cartoon was originally published on February 8, 1921. 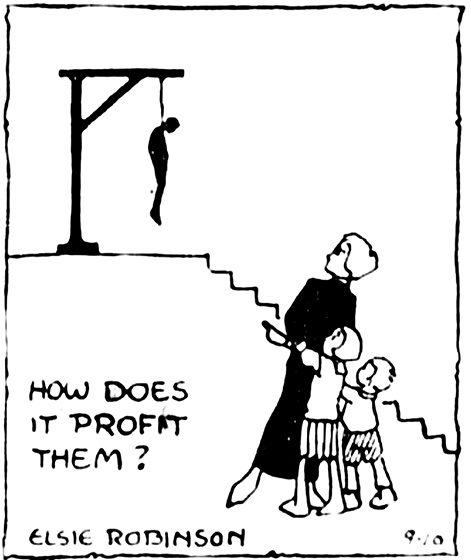 Robinson’s illustrations continue to be provocative. This illustration ran alongside a piece she wrote blasting capital punishment on September 10, 1925. Three convicts had just been hanged for killing a police officer. Now these young men “are a rotting crop,” she wrote. “Ploughed under by the cruel blade of hate and ignorance.” 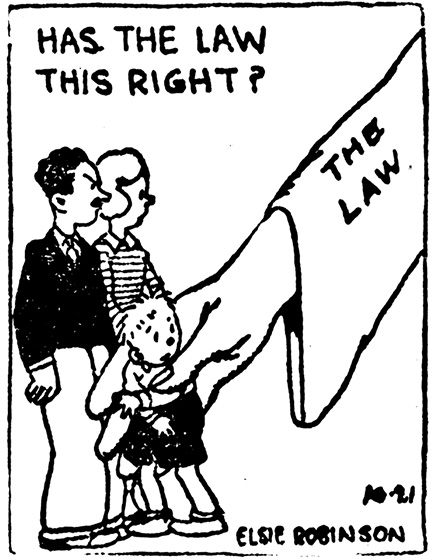 In her landmark book, Ladies of the Press, author Ishbel Ross described Robinson and her writing this way: “She is whole-hearted, original, intense. She deals in short words, short paragraphs, a punch in every line.” On October 21, 1926, Robinson examined the place of religion in schools. 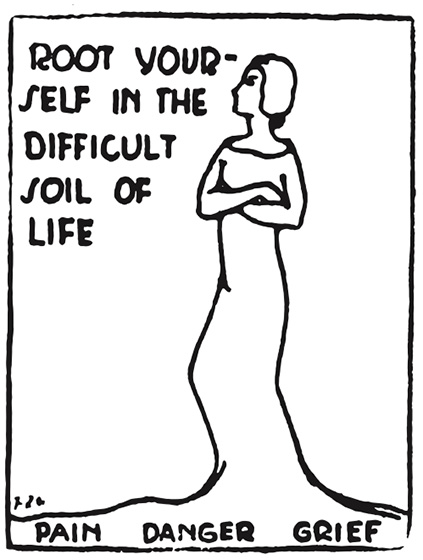 This cartoon was originally published on July 24, 1928.